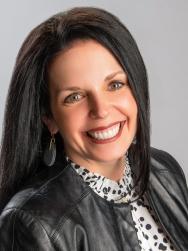 Dr. Carrie L. Brimhall was named president of Minnesota State Community and Technical College in July 2018. A first-generation student and graduate of M State, Brimhall is focused on helping all students achieve. She has a reputation as a leader with a vision for the future of higher education and community colleges, and as a champion for the missions of community and technical colleges.

She previously served M State continuously for nearly 20 years as director of housing, admissions, recruitment and retention from 1998 until 2008; as dean of enrollment from 2008 until 2011; as interim provost from 2011 until 2012; as associate vice president of Academic and Student Affairs from 2012 to 2014; and as chief academic officer and vice president of academic affairs from 2014 to 2018.