UPDATE: Spartans having stellar sports season with golfers headed to nationals, football No. 1, volleyball No. 6 in DIII

It’s been a standout sports season for the M State Spartans.

Minnesota State Community and Technical College’s football and volleyball teams are both continuing to win and climb in the National Junior College Athletic Association’s (NJCAA) Division III rankings, and the regular golf season wrapped up last weekend with the Spartan men’s team headed to the national tournament for a 12th consecutive year – the longest-running streak in NJCAA Division III golf. Women’s golfer Ellia Soydara will also be headed to the national tournament, after shooting an M State school record at the regional qualifier. 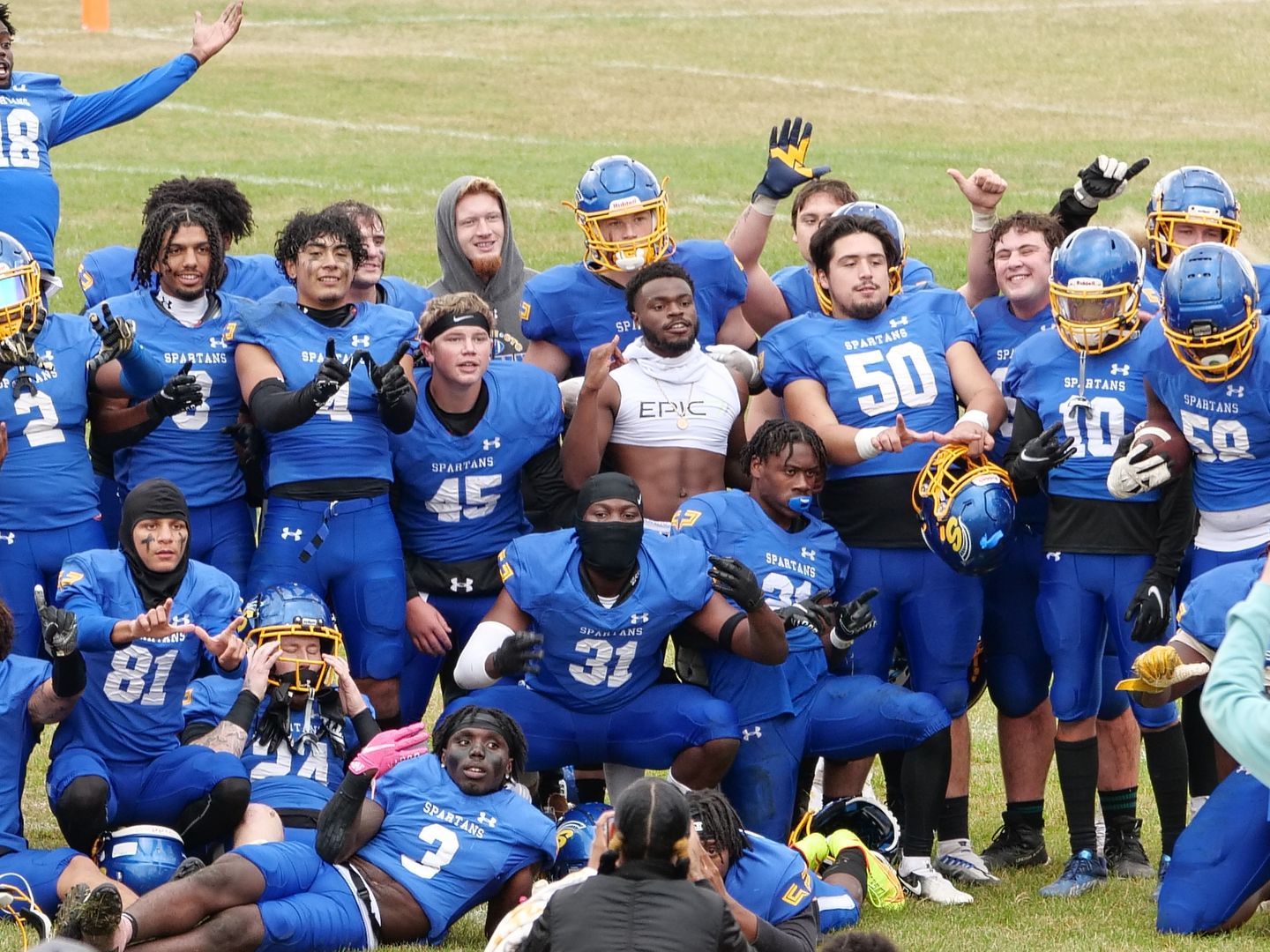 Head Coach Cory Miller has the Spartans rolling with an undefeated record of 6-0, winning 33-12 in the M State Homecoming game Oct. 1 over Rochester Community and Technical College. The win bumped the Spartans from No. 2 in the rankings to the top spot.

Running back Rondarius Gregory leads the Division in rushing, with over 100 yards a game, and is also first in touchdowns with nine. Quarterback KJ Cooper is second in the nation with 14 touchdown passes.

The kicking game for the Spartans has also been a strength as Carsen McKnight is 26 of 28 on extra points and six of seven on field goals with a long of 47 yards.

Defensively, the Spartans rank first in defensive touchdowns with four, and first in fumbles recovered with 10. The team is second in interceptions with 12. 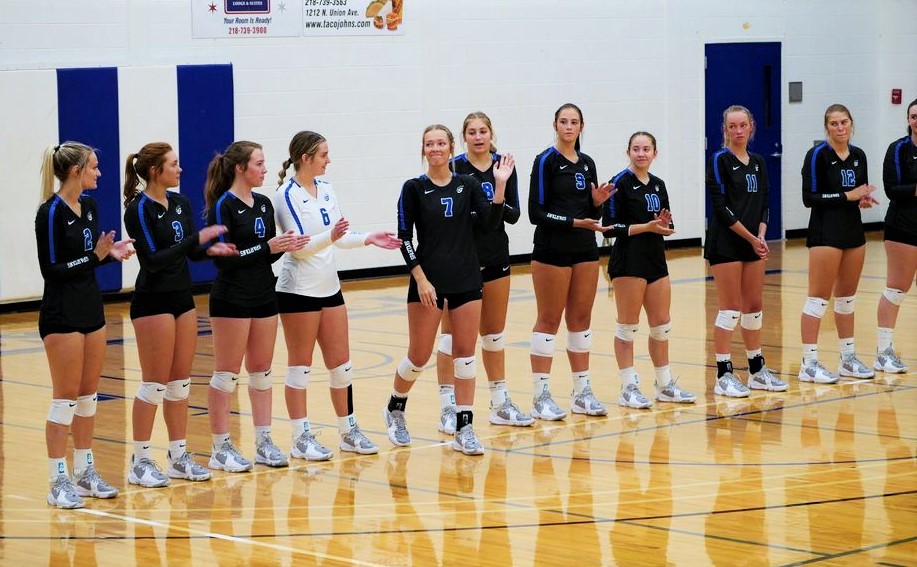 Head Coach Abby Crowser and the Lady Spartans volleyball team is having an equally impressive season with a ranking of No. 6 in the nation and a 9-0 record in the highly competitive Minnesota College Athletic Conference (MCAC) Southern Division, which has three teams ranked in the top 10 in the nation.

Avery Wanner leads the MCAC in digs with 408, and Faith Marion is second in kills with 261. Kaia Strom is among the leaders in assists per set, averaging 8.35. The Lady Spartans lead the MCAC in assists and set assists per game, digs and kills. 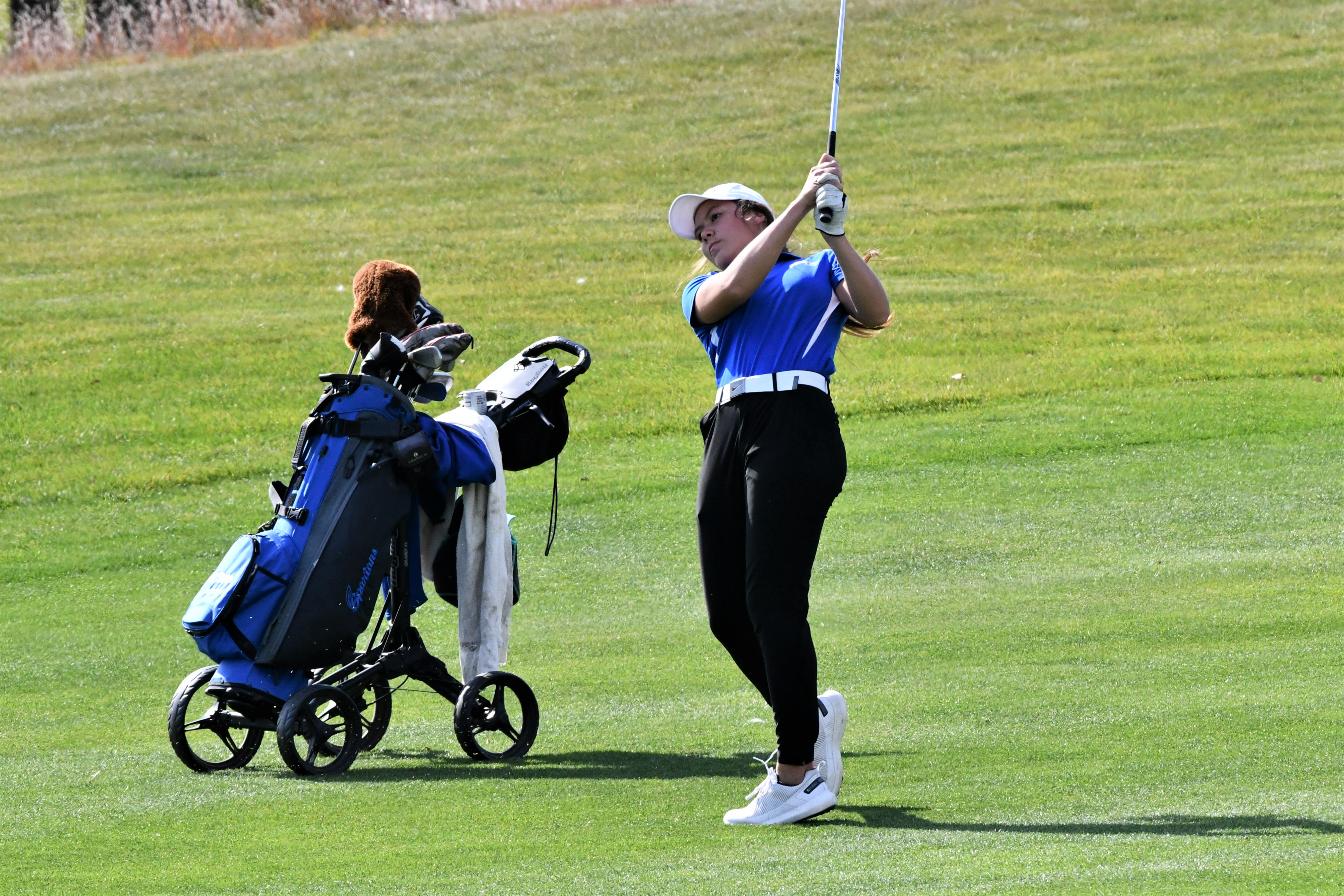 Ellia Soydara has had a great season, medaling at multiple events and recently qualifying for the NJCAA Division III National Championship, to be held at New York’s Chautaqua Golf Club in June 2023. Soydara shot an M State women’s school record (73) at the Region XIII National Qualifier held at Victory Links Golf Course in Blaine, Minn., on Saturday and Sunday, Oct. 8-9.

Soydara previously won the Spartan Invitational at Pebble Lake Golf Course and the Cougar Invite at Minnewaska Golf Club. She has the lowest scoring average of any Spartan in recent women’s golf history.

“What a performance by Ellia,” said Head Coach Jason Retzlaff after the National Qualifier. “She drove the ball well, hit great iron shots, and showed great touch with the short game. On Sunday, she didn’t record anything worse than a bogey all day. Best of all was shooting under par on the back nine under tournament pressure. She is an outstanding young lady on and off the course and it is going to be a lot of fun watching her compete at Chautauqua next June.” 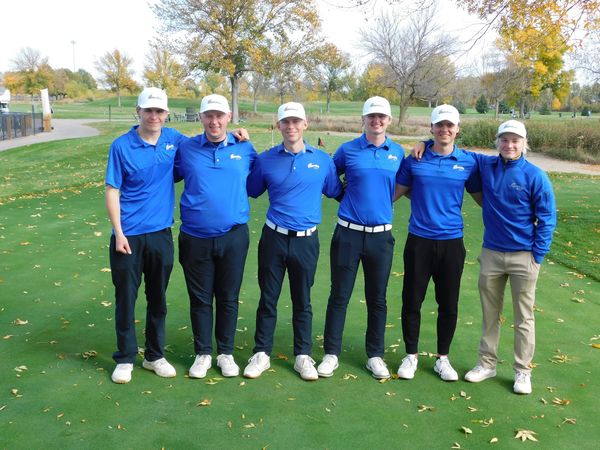 The Spartan men’s golf team has had an impressive season. The team qualified for the NJCAA Division III National Championship at the regional qualifier on Oct. 8-9 – the 12th consecutive year the Spartans have qualified. That’s the longest-running streak in Division III golf.

The Spartans’ Mikey Vall was the medalist at the qualifier, with a two-day total of 152 (78-74). Vall shot the low round of the tournament on day two.

All season, the team has shown very good depth, with multiple players carding scores of 80 or lower throughout the season.

The team will now go on to compete in the NJCAA Division III National Golf Championship at Chautauqua Golf Course in Chautauqua, New York on June 6-9, 2023. The Spartan men have finished in the top 5 at nationals every season since winning the title in 2012. They have finished in third place in three of the past five tournaments.

Head Coach Jason Retzlaff said the team had, “just an awesome day (at the regional qualifying event), playing some clutch golf on day two to earn a trip back to New York. It was a battle as Southwest Tech played well on day one, but we played extremely well on day two. This team has shown improvement all fall and to have it culminate with a great team effort this weekend was very rewarding.”