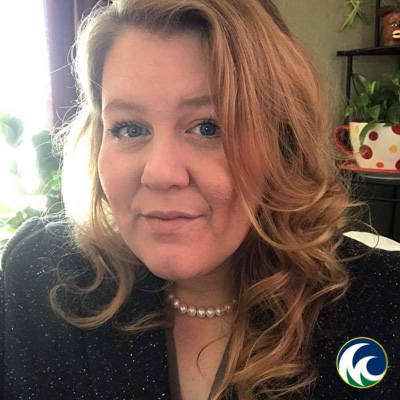 In recognition of her work on behalf of her community and college students both at M State and statewide, Amanda Schermerhorn has been honored as Student Leader of the Year by the student advocacy group LeadMN.

Schermerhorn, of Detroit Lakes, is a second-year student in the Political Science Transfer Pathway on M State’s Detroit Lakes campus, where she serves this year as vice president of the Student Government Association.

“Being involved with student leadership gives you a chance to help out in your community and beyond,” Schermerhorn said. “You also get the opportunity to be the voice of your fellow students, meet fellow students and share stories, all while learning valuable leadership skills in a positive environment.”

Schermerhorn helped facilitate a LeadMN flu shot clinic on the Detroit Lakes campus last fall, and she has gone on to serve as a legislative advocacy intern with the organization. She has testified in the Legislature at House and Senate committees, advocating for mental health awareness, basic needs and college affordability.

“As an adult learner, going back to school with students half your age can be intimidating,” she said. “My oldest children are 14 and will be freshmen in high school in the fall. By getting involved in SGA and organizations like LeadMN, you are opening up doors to other opportunities you may not have been aware of.”

At M State, Schermerhorn is the student representative on the President’s Committee on Equity and Inclusion and has joined the student honor society PTK. She has participated in a Minnesota Department of Higher Education panel discussion focused on adult learners in higher education, and she is a federal legislative advocacy student fellow with the National College Attainment Network, helping to advocate for college attainment on the federal level.

“I am incredibly proud that Amanda Schermerhorn has been named LeadMN’s student of the year,” said M State President Carrie Brimhall. “Amanda is passionate about student involvement and has a drive to make change within our communities. She is very deserving of this award.”

Following her M State graduation this spring, Schermerhorn plans to attend Minnesota State University Moorhead and earn bachelor’s degrees in Political Science and Criminal Justice, with a minor in Pre-Law, and to ultimately attend law school and work as an attorney in the fields of civil rights and social justice.

“I have always had a desire to speak up on behalf of those who may not be able to speak for themselves,” she said.

LeadMN’s criteria for Student Leader of the Year states that they should be someone “who has excelled both academically, in the association and in their community. This individual should be someone who has risen above all other students both in their actions and their attitude to bring their campus, the association and the community together, as well as given back to each of these communities.