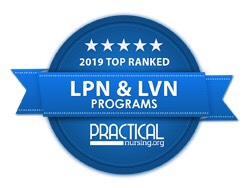 M State’s Practical Nursing program has been named the state’s No. 2 PN program by PracticalNursing.org in its ranking of 2019 Best LPN Programs in Minnesota.

Colleges offering PN programs were assessed primarily on pass rates for program graduates in the NCLEX-PN licensure exam over a multi-year period. Twenty-six Minnesota PN programs were analyzed, and 10 were ranked.

PracticalNursing.org is an online resource that "champions the growth of nursing professionals through education, advancing knowledge and inspiring patient care." This is the third year in a row that M State has been ranked among the organization's top programs in Minnesota.