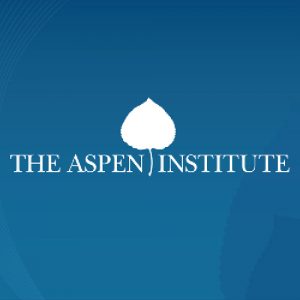 The Aspen Institute has named Minnesota State Community and Technical College as one of the top 150 community colleges in the United States, making M State eligible to compete for the $1 million 2019 Aspen Prize for Community College Excellence. The institute selects its top 150 community colleges from nearly 1,000 colleges nationwide based on student success in the areas of learning, certificate and degree completion, employment and earnings and high levels of access and success for minority and low-income students. This is the fourth consecutive time that the Aspen Institute has included M State on its list of top community colleges. The college, which was most recently recognized by the institute in 2016, has campuses in Detroit Lakes, Fergus Falls, Moorhead and Wadena. M State President Peggy Kennedy said the college “is honored by the recognition from the Aspen Institute of our hard work and commitment to student success.” “In addition to the increasing success of our students, being among the institute’s Top 150 community colleges in the nation serves as testament to the commitment and passion of our faculty and staff when it comes to adding value for students in our border region,” Kennedy said. The mission of the Aspen Institute, an educational and policy studies organization based in Washington, D.C., is to foster leadership based on enduring values and to provide a nonpartisan venue for dealing with critical issues. Josh Wyner, executive director of the institute’s College Excellence Program, said the competition aims “to inspire other institutions across the country to ensure more students succeed in college and their lives beyond those campuses.” M State has invested in improving the effectiveness of its tutoring support, data review and predictive analytics, and is more actively engaging students in academic planning early in their first term. While the fall-to-fall persistence rate among all M State students has increased by 4 percentage points over a five-year period, students with certain at-risk characteristics (including low income, developmental education needs and older-than-average) are all improving. “Within 10 key measures of student success, we have seen significant improvements over the past five years,” said M State Vice President of Student Development Services Peter Wielinski. “We’re confident that multiple initiatives involving faculty, staff and administration have contributed to the improvements in student success.” The Aspen Institute’s current top 150 colleges are located in 39 states in urban, rural and suburban areas, with enrollments ranging from 300 to more than 95,000 students. The other Minnesota State colleges eligible to compete for the award are Alexandria Technical & Community College, Anoka-Ramsey Community College, Itasca Community College and Minnesota West Community and Technical College. The top 10 finalists for the 2019 Aspen Prize will be named in May 2018.