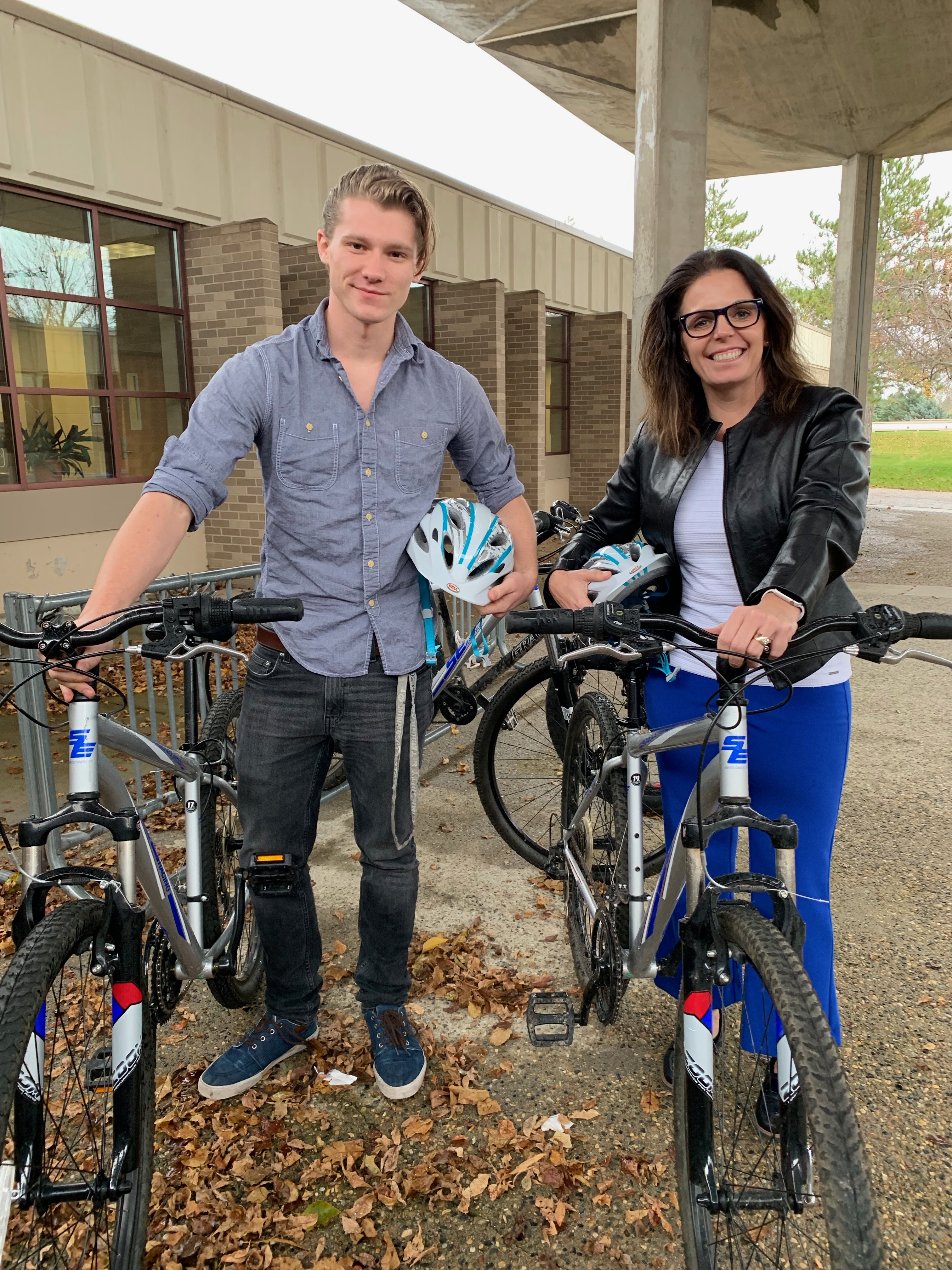 After starting a free bike-share program, M State’s Fergus Falls campus has been recognized as a Bicycle Friendly University by the League of American Bicyclists. M State is the first two-year college in the state to win the designation.

The campus, which also was the smallest of the 48 colleges recognized nationally this year, was honored along with Bemidji State University.

M State President Carrie Brimhall, an avid cycler who has led campus students on community bike tours in Fergus Falls, said that the campus is “proud of our connections to our community and our commitment to wellness. This recognition reflects those values, and we are very excited about it.”

The Bicycle Friendly University program recognizes colleges and universities for promoting and providing a more bikeable campus for students, staff and visitors.

“Hopefully we can serve as an example for other rural campuses as to what’s possible with limited time and resources,” Jensen said. “It’s an honor to be recognized for the strides we’ve made in accommodating cyclists and pedestrians.”

“Even though it’s still in its infancy, the program has been very well received,” Jensen said.

Natalie Gille, Greater MN program manager for BikeMN, said places of learning like M State and BSU are really hotbeds of possibility when it comes to biking and walking, and I’m thrilled to see their hard work recognized at the national level.”